Uploaded to Wikipedia Commons by Tornadohalt

The well-named Ornate Wood Turtle (Rhinoclemmys pulcherrima), also known as the Painted Wood Turtle, Honduran Wood Turtle or Central American Wood Turtle, is one of the most exquisitely-beautiful land turtles in the Western Hemisphere. The first I saw, as a boy working for a NYC animal importer, stopped me in my tracks…as did others encountered in the field 30 years later! As curious and intelligent as the North American Wood Turtle (they are not related, by are similar in many ways), these striking creatures make wonderful, long-lived pets, and are regularly bred in captivity.

Ornate Wood Turtles vary greatly in coloration, with some specimens being hard to describe in words. Those sporting the most color tend to be found in the southern portion of the range, and are classified as the subspecies R. p. pulcherrima. However, all are gorgeous, and unusually-brilliant examples may be found among any of the 4 subspecies, and in captive-produced hybrids.

Uploaded to Wikipedia Commons by Tornadohalt

The carapace is deeply etched by the growth annuli, resulting in the same rough, sculpted look that we see in the North American Wood Turtle. The shell is clad in subdued-to-vivid red and yellow blotches and eye-spots, and a complex pattern of red and orange lines marks the head. Adults average 7-8 inches in length, with males being the slightly-smaller sex.

The four Ornate Wood Turtle subspecies range from Sonora, Mexico along the western half of the country to Costa Rica; they also occur in eastern Guatemala and eastern Honduras.

Uploaded to Wikipedia Commons by FlickreviewR

The Terrarium or Cage

Ornate Wood Turtles reach 8 inches in length and are quite active. A spacious home is essential to their health and well-being.

Hatchlings may be raised in aquariums, but adults do best in custom-made enclosures that measure at least 4’ x 4’ in area; outdoor maintenance is ideal when weather permits. Plastic-based rabbit cages and cattle troughs can also be modified as turtle homes. A pool of shallow water measuring 1’ x 2’ or larger should be available.

Suitable hiding spots are important to even well-adjusted pet turtles; these include deep substrates into which your turtles can burrow and commercial shelters such as the Zoo Med Turtle Hut.

Cypress bark and similar products, or a mix of topsoil, peat and sphagnum moss, may be used as a substrate. I always add dead leaves as well…Ornate Wood Turtles will occupy themselves with hunting for hidden invertebrates each time a new batch of leaves or grass clippings is introduced.

Ornate Wood Turtles need daily exposure to UVB light. Natural sunlight is ideal, but be aware that UVB rays do not penetrate glass or plastic, and that fatal overheating can occur quickly.

Your turtle should be able to bask within 6-12 inches of a high-output UVB florescent bulb, such as the Zoo Med 10.0. Mercury vapor bulbs broadcast UVB over greater distances, and also emit beneficial UVA radiation. Be sure to provide shaded areas as well.

Temperatures should range from 72-85 F, with a basking site of 90-92 F. Incandescent bulbs may be used by day; ceramic heaters or red/black reptile “night bulbs” are great night-time heat sources.

Provide your pet with the largest home possible, so that a thermal gradient (areas of different temperatures) can be established. Thermal gradients, critical to good health, allow reptiles to regulate their body temperature by moving between hot and cooler areas. In glass aquariums and other small or poorly ventilated enclosures, the entire area soon takes on the basking site temperature. 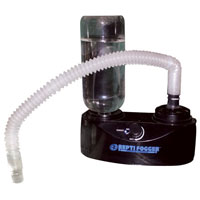 Overly dry conditions may cause health concerns. The substrate should be misted daily; moist retreats, a large water area, and a dry basking site must also be available. Reptile humidifiers can be useful in arid climates.

Females and youngsters usually co-exist, but must be watched as dominant individuals may attack others or prevent them from feeding. Males usually fight, and often harass females with near-constant mating attempts.

Three to five eggs are produced at a time, and females may deposit up to 4 clutches per year. Breeding usually occurs between August and December.

Females sometimes have difficulty passing their eggs, especially if the diet lacks sufficient calcium. Gravid (egg-bearing) females usually become restless and may refuse food. They should be removed to a container measuring at least 5x the length and width of the turtle and provisioned with 6-8 inches of slightly moist soil and sand. Gravid females that do not nest should be seen by a veterinarian as egg retention always leads to a fatal infection (egg peritonitis). 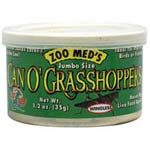 Ornate Wood Turtles have not been well-studied in the wild, but their appetites appear to know no bounds. Pets should be offered a diet comprised of whole animals such as earthworms, snails, crickets and other insects, crayfish, prawn, minnows, an occasional pre-killed pink mouse and a variety of fruits, greens and vegetables. Canned invertebrates, especially snails, can be used to increase dietary variety. A high quality commercial turtle chow such as moistened Zoo Med Aquatic Turtle Food should be mixed into your turtle’s salad.

Goldfish should be offered sparingly, if at all, as a steady goldfish diet has been linked to kidney and liver disorders in other turtles. Spinach and various cabbages cause nutritional disorders and should be avoided.

The calcium requirements of Ornate Wood Turtles, especially growing youngsters and gravid females, are quite high. All food (other than vertebrates and commercial chow) should be powdered with Zoo Med ReptiCalcium with D3 or a similar product (D3 is not necessary for turtles that have access to natural sunlight). A cuttlebone may also be left in the cage, although not all turtles sample one. Vitamin/mineral supplements such as ReptiVite with D3 may be used 2-3 times weekly.

Ornate Wood Turtles adjust to captivity quickly, and soon learn to anticipate feeding times and to take food from the hand. Many owners compare them to North American Wood Turtles in responsiveness, intelligence and longevity.