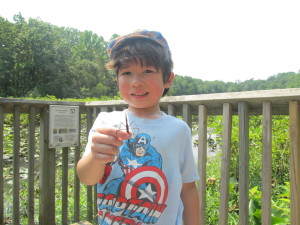 Some might answer “as food for our reptiles, amphibians and arachnids”, while others would perhaps offer the standard “pollination” reply. Legendary entomologist E.O. Wilson, however, simply states: “If insects were to vanish, the environment would collapse into chaos”. He adds: “If all mankind were to disappear, the world would regenerate back to the rich state of equilibrium that existed ten thousand years ago”.

Yes, it is true – despite our technological advances, life would grind to a halt were insects to disappear. The reasons for this are staggering in both their simplicity and complexity. Today I’d like to highlight few fun facts that have surprised me – for example, can you believe that the weight of insects in typical central African rainforests exceeds that of all vertebrates combined? Think about that –taken together, these tiny creatures outweigh the total mass of all resident forest elephants, gorillas, birds, reptiles and other animals with backbones!

How Many Actually Trouble Us?

Estimated at 30 million species, insects comprise 80-95% of all living creatures. A single tree in Panama has yielded 163 beetle species, 100 of which were new to science, and their abundance is not limited to the tropics – an acre of Pennsylvania soil may hold 425 million individual insects. Barely 1% qualify as being harmful to people.

Uploaded to Wikipedia Commons by Jkadavoor

Say “insect pest” to most urbanites and the word “cockroach” comes to mind. Yet only 12 of the 4,500+ known species – or 0.3% – are household pests. The rest are important pollinators, decomposers, predators, and prey. Roach research has led to advances in understanding human molecular and cell biology, neuron function, heredity, pharmacology, epidemiology and hormone activity.

Most people are displeased to learn that 1 in every 10 animal species is a fly, but most of the estimated 250,000 species are innocuous or even helpful. Hover flies are important pollinators, and their larvae are used in biological control measures against agricultural pests, while North America’s 1,000+ robber fly species prey upon injurious fellow-flies. Certain shore fly larvae live in the hot (112 F) waters of geysers, while others happily swim about in crude oil; their unbelievable adaptability may hold secrets of medicinal or industrial value.

Contrary to popular belief, not all termites spend their time eating our homes – only 10% of the world’s 4,000+ species attack wood structures. Others eat dead grass, lichens and leaves, and some actually “farm” fungi as a food source. In Australian savannas, termites limit the severity of fires by removing dead grass in quantities equal to that processed by grazing mammals elsewhere.

Uploaded to Wikipedia Commons by AxelStrauss

They May Eat Dung and Rotting Fruit, But…

We may be repulsed by the fact that the world’s 7,000 dung beetles feed upon feces, but by burying dung they render it unavailable as breeding site for disease-bearing flies. And they bury quite a lot – in Australia, a single beetle population can process 1 ton of cattle manure each day!

Fruit flies appear as different from people as can be, but a number of their genes correspond in form and function to ours. In fact, fruit fly studies led to the all-important discovery genes are located on chromosomes. This tiny insect has contributed immeasurably to our understanding of cancer, birth defects, cardiovascular disease, aging and other health concerns.

Insects produce compounds that kill cancer cells and viruses, prevent blood clots, and function in ways that cannot be mimicked by synthetic drugs. Cyclosporine, isolated from fungus that lives on beetles, prevents organ transplant rejection (I’ve used it for 20+ years on my cornea transplant), the defensive spray of cathedral termites contains novel antibacterial agents, and wasp venom shows promise in the treatment of degenerative neuronal disorders.

Drug resistant micro-organisms are being encountered with ever-increasing frequency, especially in hospitals. Medications modeled after the darkling beetle’s peptides may be effective in preventing the development of these “super germs”. Darkling beetle larvae, or mealworms, also have a long history as laboratory animals (and reptile food!).

The silkworm moth (Bombyx mori) is entirely dependent upon people for its survival…after 5,000+ years of captive breeding, it has lost the adaptations necessary for life in the wild. Each cocoon is comprised of a single silken thread measuring up to 3,000 feet in length. The moth’s value is not limited to silk production…genetic engineering techniques have yielded caterpillars that produce human medications instead of silk!

These tidbits of information do not even qualify as “scratching the surface” of this fascinating topic…please post your own favorites below! Uploaded to Wikipedia Commons by Almabes

Madagascar Hissing Cockroaches (Grompadorhina portentosa) are extremely popular as pets, classroom animals and reptile food.  Recent studies at Ohio State University have revealed a darker side to these otherwise harmless insects…their bodies and wastes are colonized by 14 mold species, several of which can cause allergic reactions and secondary infections.  I’ve worked with huge colonies of these and other feeder insects in zoos, and coworkers seem to have developed allergies to crickets, but I have not heard of similar reports concerning roaches.  As of now, precautions rather than outright avoidance of Hissing Roaches are being advised.

The study, published in the March, 2014 issue of the journal Mycoses (V. 57, N. 3), examined Hissing Roach colonies in schools, zoos, homes, and pet stores.  Molds of various species were found on shed skins, feces and the bodies of live insects.  Several of the molds are capable of triggering allergic reactions such as skin and eye irritation, wheezing and nasal congestion; sensitive individuals could be at additional risk.  Aspergillus niger, which is commonly associated with contaminated foods, was especially numerous (see photo).  People are impacted mainly via mold spores that land on the skin or are inhaled.

Several of the molds found on Hissing Roaches can also cause secondary infections in wounds or the lungs.

At present, researchers advise those working with Hissing Roaches to wash their hands after contact with the insects.  I would suggest that, as with all pets, a doctor should be consulted if you have concerns, or suspect that you or a household member may be at risk.

Molds are fungi that thrive in moist environments.  In order to help lower your roach enclosure’s humidity level, I recommend that cricket gel cubes be used as a water source; please see this article for further information.  Gel tubes eliminate the need for damp sponges and water bowls, and also prevent nymphs from drowning.  Fruit, which is also an important source of water and nutrients, should be replaced regularly to prevent spoilage and mold.

Regular cleaning of the terrarium and replacement of cardboard sheltering sites (if used) is important; Zoo Med’s Wipeout Terrarium Cleaner or a solution of 1 oz. of bleach per gallon of water can be empoloyed.  I keep Madagascar Hissing Roach colonies in bare-bottomed tanks; substrate is not necessary, and it complicates cleaning.  This type of housing also enables one to maintain a dry environment, which should, in theory, assist in mold control (I’ve not checked into exactly how much moisture the roach-associated molds require…any insights appreciated).

Uploaded to Wikipedia Commons by Sarefo

Mites to the Rescue

Researchers are now studying a type of mite (Gromphadorholaelaps schafeiri, see photo) that commonly lives on and around Hissing Roaches.  By consuming organic debris, these mites may help to limit mold growth.  Many scorpion, millipede and tarantula owners are familiar with other tiny white mites that often establish themselves in invertebrate terrariums.  Although disconcerting when first seen, most are harmless or perhaps even useful…please see the article linked below for information about their habits and tips on mite control.

Whether you keep them as pets or a reptile food-source, roaches are a most fascinating group of insects.  Their fossil record stretches back over 300 million years, and 4,000+ species have been described to date.  Latin America’s Megaloblatta baberoides  sports a 7 inch wingspan while the heaviest, Macropameothia rhinoceros of Australia, weighs in at 1 ½ ounces.  Among the most interesting new discoveries is an African cockroach that resembles and behaves like a grasshopper.

The Orange-Spotted Guyana Roach (Blaptica dubia) has much to recommend it as both a food animal and terrarium subject.  Please see the article linked below to read more about its natural history and care.

Mites in Scorpion and Tarantula Terrariums Earwigs are an ideal size (1- 1¼ inch) for both small and larger pets, and will be taken by animals ranging in size from Green Anoles to American Bullfrogs.  They climb well, and quickly attract the attention of treefrogs and arboreal lizards.  Despite the tough wing covers and pinchers, earwigs seem readily digestible, are not known to cause any related problems.  As with crickets, earwigs should not be offered to ailing or debilitated animals, or to expectant females, as they have carnivorous tendencies. END_OF_DOCUMENT_TOKEN_TO_BE_REPLACED The following information can be applied to then the care of most commonly available centipedes.  Please post below for information on individual species. END_OF_DOCUMENT_TOKEN_TO_BE_REPLACED

My professional experience with captive reptiles, amphibians and other creatures extends back over 4 decades, with much of that time being spent at the Bronx Zoo. For the past 24 years, I’ve relied heavily upon Mazuri animal diets, as have many of my zoologist colleagues worldwide. From turtles to elephants and hamsters to cassowaries, Mazuri formulates more carefully-researched foods than does any other company. I recently had occasion to experiment with and read about Mazuri’s High Calcium Cricket Diet, and am quite pleased with the results. In the following article, I’ll also highlight some other useful products for crickets and similar feeder insects. In order to maintain optimum health and normal growth, the foods offered to reptiles and amphibians should (depending upon the species) contain calcium and phosphorus in a ratio of 1:1, 1.5:1 or 2:1. Crickets and many other feeder insects in their natural (“un-supplemented”) state have a calcium: phosphorus ratio of only 0.3:1. END_OF_DOCUMENT_TOKEN_TO_BE_REPLACED