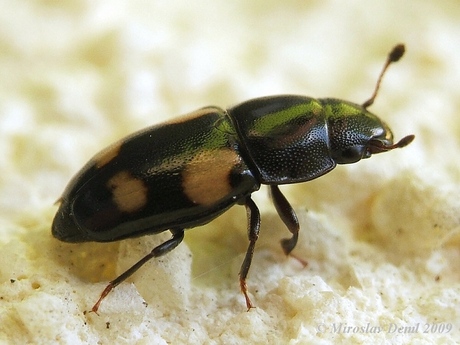 Sap Beetles are classified in the Family Nitidulidae, which contains nearly 3,000 members.  Most top out at 1/8 inch, with the largest barely reaching ¼ inch in length.  Several species, commonly known as “Picnic Beetles”, show up when sweet foods are served outdoors.  Some feed upon over-ripe fruits, corn and other crops, while others take nectar, sap, fungi and carrion. END_OF_DOCUMENT_TOKEN_TO_BE_REPLACED