The US Fish & Wildlife Service is currently (December, 2014) seeking Convention on International Trade in Endangered Species (CITES) protection for the Common Snapping Turtle and the Florida, Spiny, and Smooth Softshell Turtles. Each is being collected from the wild in ever increasing numbers and exported to Asian food and medicinal markets. With so many Asian species having been decimated by over-collection (please see article below), pressure on US species will surely increase. While several of the turtles involved are perceived to be common, recent export figures are grim. For example, approximately 2,178,000 live, wild-caught Snapping Turtles were exported from the USA between 2009 and 2011 (this excludes processed meat and eggs).

Unfortunately, government regulation sometimes raises hackles among pet keepers. Throughout my career as a herpetologist, I’ve worked on numerous cooperative ventures between government agencies and private keepers – all showed promise, but were also fraught with red tape and other problems. In my experience, many pet owners are pro-conservation, but remain frustrated by laws that prevent the ownership and breeding of at-risk species. Today I’ll outline the proposed CITES listing; your thoughts on the subject would be most appreciated – please post below.

Uploaded to Wikipedia Commons by Johnskate17

The Scope of the Problem

When I began looking into the mercury content of food trade turtles some years ago (very high, by the way!), Florida Softshell Turtles (Apalone ferox) dominated the NYC markets. Today, one more commonly sees the Chinese Softshell (Pelodiscus sinensis). Although rare within its natural range, this hardy turtle is being bred in huge numbers on farms in China. This development may have eased some of the pressure on US natives, but certainly has not yet eliminated over-harvesting.

Florida Softshells have benefitted from canal construction in Florida, and have expanded their range as a result. However, they are quite easy to trap or catch via line. From 2009 to 2011 (the most recent years for which figures are available), approximately 792,000 live Florida Softshells and 260,000 eggs were exported from the USA. Uploaded to Wikipedia Commons by Vmenkov

Spiny and Smooth Softshell Turtles (Apalone spinifera & A. mutica) are not as common as their larger cousin, and harder to collect. Several subspecies are rare, and almost all populations are in decline due to factors unrelated to hunting – habitat loss, stream channelization, etc. Still, approximately 158,000 live Spiny Softshells were captured and shipped to Asia from 2009 to 2011. As mentioned above, the Common Snapping Turtle (Chelydra serpentina) leads the pack, with over 2,000,000 wild-caught individuals exported during the same period. Huge quantities of processed turtle meat are also sold to overseas (and some local) markets.

What is the Effect of a CITES Listing?

If the US F&W Service’s proposal is approved, the 4 species would be listed on Appendix III of the Convention on International Trade in Endangered Species of Wild Fauna and Flora (CITES). This primarily affects international trade, and opens up a monitoring, rather than a regulatory, process. Uploaded to Wikipedia Commons by Vmenkov

Pet-keeping per se is not affected. However, if monitoring reveals that a species is in need of further protection, federal and state laws that prohibit private ownership may be implemented. This is what worries some pet owners.

In addition to enhanced monitoring, an Appendix III listing has the following effects:

If past experience is any guide, there will be many conflicting opinions concerning this topic. This is very useful, so please be sure to post your thoughts below. You can also register opinions with the US F&WS until 12-31-14; please let me know if you need more info.

Text of the CITES Proposal

2014-12-16
Frank Indiviglio
Previous: The Best Substrate for Crested Gecko Terrariums: Avoiding Impactions
Next: The 5 Best Holiday Gifts for Reptiles, Amphibians and Their Owners 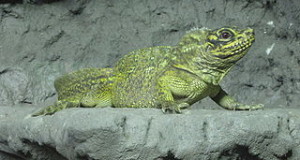 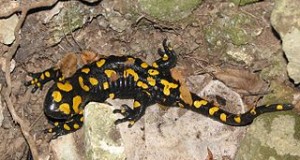