Uploaded to Wikipedia Commons by Stavenn

Small size, a uniquely-beautiful shell and the habit of raising the long neck to “stare” at its owner with large, protruding eyes endears this charming turtle to all. I first came across the Black-Breasted Leaf Turtle (Geoemyda spengleri) while working on plans to conserve Asian turtles devastated by collection for the food and medicinal trades (please see article linked below). Although reputed to be a delicate captive, zoo and private turtle keepers have learned much about its needs in recent years, and captive-born animals are becoming more available. Under the care of an experienced turtle keeper, this personable beauty can make a wonderful pet that exhibits all the spunk of its larger relatives.

This little turtle’s “bug-eyed” stare is often the first characteristic to grab one’s attention. The elongated carapace is strongly notched at the rear, and each marginal scute (scale) is pointed and flared upwards. The carapace ranges from dark to rich orange-brown in coloration, and the plastron is black with a yellow border. Adults top out at a mere 4-5 inches in length. Uploaded to Wikipedia Commons by Jtri

The Black-Breasted Leaf Turtle ranges from southern China through Laos and Vietnam, where it is mainly restricted to moist hillside forests; the uniquely-shaped carapace offers excellent camouflage among the leaf litter. Although largely terrestrial, shallow forest pools and streams are used for soaking and foraging. Its life in the wild has not been well-studied.

Although shy at first, these alert turtles adjust to captivity quickly, and soon learn to feed from the hand. Black-Breasted Leaf Turtles have a reputation as delicate captives, and losses were high when they first showed up in the US pet trade in the 1980’s. Parasitic infections, the stress of shipping and a poor understanding of their needs were largely responsible for early difficulties with wild-caught individuals.

Black-Breasted Leaf Turtles are native to thickly-vegetated habitats, and will not thrive in bare enclosures. Cover in the form of live or plastic plants, caves, and a substrate into which they can burrow is essential to their well-being. A pool of shallow water should be available.

Although small in size, these turtles are quite active once habituated to their new homes, and should be provided with as much room as possible. A single adult may be kept in a 30 gallon long-style aquarium, but additional room is preferable.

A mix of topsoil, peat and sphagnum moss, deep enough for your pet to burrow into, may be used as a substrate.

Black-Breasted Leaf Turtles must be provided with a source of UVB radiation. Natural sunlight is best, but it must be direct, as glass and plastic filter-out UVB rays.

When using UVB bulbs, be sure that your turtle can bask within the distance recommended by the manufacturer. I favor Zoo Med bulbs, which are available in a wide variety of strengths and styles.

Although native to tropical regions, Black-Breasted Leaf Turtles prefer cooler temperatures than one might expect. A temperature gradient of 68- 74 F should be established, along with a basking site set at 80 F.

Humidity should be kept at 50-60%, and areas of both moist and dry substrate should be available. 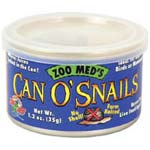 The wild diet consists primarily of insects, worms, snails, carrion, and small amounts of fruit. Pets should be offered a diet comprised of whole animals such as earthworms, crickets and other insects, prawn, canned snails, minnows, an occasional pre-killed pink mouse and a variety of fruits (many refuse fruit, and seem to do fine without). Goldfish should be used sparingly, if at all, as a steady goldfish diet has been linked to kidney and liver disorders in other turtle species.

Commercial turtle chows are not accepted unless moistened, and then not always. The calcium requirements of Black-Breasted Leaf Turtles, especially growing youngsters and gravid females, are quite high. All foods (other than whole fish) should be powdered with a reptile calcium supplement. A cuttlebone may also be left in the cage. Vitamin/mineral supplements may be used 2-3 times weekly.

Gravid (egg-bearing) females usually become restless and may refuse food. They should be removed to a large container (i.e. 5x the length and width of the turtle) provisioned with 6-8 inches of slightly moist soil and sand. Gravid females that do not nest should be seen by a veterinarian as egg retention invariably leads to a fatal infection known as egg peritonitis. It is important to note that females may develop eggs even if un-mated, and that captives may produce several clutches each year.

Males may stress or bite females during mating attempts. Males cannot be kept together, as they will usually fight. Females also establish a dominance hierarchy, and must be watched closely if kept in groups.