Reptile UVB Bulbs: Insights on the Best from Zoo-Based Herpetologists I recently attended the NY Turtle and Tortoise Society’s (always fabulous!) annual conference on turtle and tortoise care and conservation, and had a chance to catch up with friends and former zoo co-workers. I learned that certain UVB bulbs manufactured by Zoo Med have been used to achieve significant improvements in the health and (possibly) reproductive output of captive tortoises. Over the course of my career as a zookeeper and herpetologist, I’ve tried to convince my zoo colleagues to consider the promising reptile care products available in the pet trade. I was not always (or, perhaps, not often!) successful, but zookeepers were doing the same elsewhere, and progress was made. Today, many products favored by well-informed private herp keepers are also in use in the world’s leading zoological parks. In this article I’ll relate some interesting findings concerning the role of UVB bulbs and sunlight in the care of Radiated Tortoise (Astrochelys radiata) and other h

The conference I attended is a day-long event sponsored annually by my favorite turtle care and conservation organization, the New York Turtle and Tortoise Society; please check this website to read about their fine work…and to see photos from my recent presentation there. As in so many years past, legendary herpetologist Peter Pritchard graciously traveled to NYC to anchor the event. 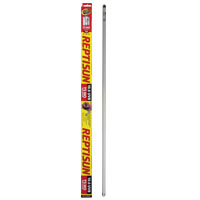 Through presentations and conversations, I learned that Zoo Med T5 UVB and Mercury Vapor Bulbs have proven useful in the care of Radiated Tortoises (Astrochelys radiata) and other heliothermic (basking) reptiles. When blood tests revealed low levels of circulating D3, the UVB bulbs in a large tortoise exhibit were replaced with those mentioned above. Florescent bulbs (the Zoo Med T5), which do not emit significant heat, were paired with mercury vapor bulbs, which produce both heat and UVB. This technique, useful for pets as well, assures maximum UVB exposure by drawing animals to a heat source. When possible, the Radiated Tortoises were also exposed to several hours of natural, unfiltered sunlight.

Research is ongoing, but the tortoises’ D3 levels are now at normal levels, and several previously-infertile females have produced viable eggs. I’m interested to see if the effects of the bulbs and the sunlight can be distinguished (nothing tops natural sunlight, of course).

Several Ringtail Lemurs that share the tortoise exhibit also became very fond of basking under the new lights…maybe some bright young researcher will be asked to look into sunscreen for non-human primates!

Zoo Med’s T5 Florescent Bulbs are available in two strengths and several lengths, and must be paired with T5 fixtures or hoods. They are rated to emit UVB over a distance of 22-24 inches, at levels that double the output of Zoo Med’s traditional bulbs (anecdotal evidence may indicate a greater range, but further work is needed). In situations where traditional bulbs will be adequate, Zoo Med’s standard 5.0 and 10.0 are good choices. One study found that they out-performed similar models (please see the article linked below). Both models provide UVA as well.

Zoo Med’s Powersun and Exo-Terra’s Solar Glow Mercury Vapor Bulbs broadcast UVB to a distance of 36 and 22 inches respectively, and also produce UVA and heat. In many home situations, they can double as a basking light and UVB source, eliminating the need for other bulbs. Uploaded to Wikipedia Commons by Sputniktilt

Which Reptile UVB Bulb is Best?

Choosing a UVB source had once been easy – unfiltered sunlight was the only source (and it remains unmatched). By the time I began working at the Bronx Zoo, our choices had expanded to include “black-light bulbs” and Vita-Lights. Today a bit of forethought and research is needed before one goes bulb-shopping. Please post any questions or thoughts below.

The 5 Best Holiday Gifts for Reptiles, Amphibians and Their Owners 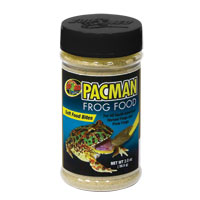 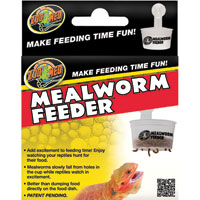