Home | Recent Research | New Studies on Reptile Intelligence – How Smart is Your Pet?

New Studies on Reptile Intelligence – How Smart is Your Pet?

A key indicator of intelligence is said to be behavioral flexibility – the ability to modify actions to fit new situations.  Long thought to rely mainly upon instinct, reptiles have not been credited with much “brain power”.  However, recent research revealed that many reptiles are capable of solving complex problems that are not “covered” by instinct, and can use what they’ve learned in the future (see NY Times; Nov. 18, 2013).  Although reptiles diverged from warm blooded creatures at least 280 million years ago, some meet or even exceed the problem-solving abilities of birds and mammals.  This will not surprise reptile owners, of course!

I’m often amazed by what I observe among the reptiles under my care, and would like to summarize some of that, and several interesting experiments, here.  I hope you will post your own experiences below.  This is a new area of research, so please feel free to boast, and remember that each new observation, however fleeting, has value.

Turtle fans will be pleased – and unsurprised – to learn that Red-Footed Tortoises provided the first evidence of learning by imitation among reptiles (University of Vienna).  When first tested, tortoises took quite a while to negotiate barriers in order to reach food.  However, tortoises that watched an individual successfully reach food immediately followed suit, without making mistakes.

At the University of London, a Red-Footed Tortoise figured-out how to retrieve a reward from the end of each of 8 arms of a maze, without re-entering any arms that had already been checked.  When prevented from seeing the various maze arms by a cloth barrier, the tortoise began checking each arm in order, rather than randomly, and again did not re-enter any of the arms.  This method of problem solving has only been seen in mammals, and then rarely.

Want to present your own turtle with some feeding challenges?   Check out Zoo Med’s Floating Turtle Feeder. (please see photo below).  Wood Turtle owners are always impressed by their pets’ responsiveness – please see the article linked below, and post your own observations.

Uploaded to Wikipedia Commons by Sanx

Lizards that Plan and Remember

Monitor lizards never fail to amaze.  Once, while trying to re-capture an escaped Crocodile Monitor at the Bronx Zoo, I had the chance to see how it maneuvered so as to keep first myself and then my co-worker in view, while trying to remain unseen.  Please see the article linked below for details.   Black Tree Monitors use their front feet to retrieve grubs from crevices (considered to be a learned behavior), and several Australian monitors seem to plan ahead and arrange ambushes when pursuing rabbits and other fast-moving creatures.

At the University of Tennessee, 8 Black-Throated Monitors took less than 10 minutes to learn how to open hinged doors in order to retrieve a mouse.  The lizards remembered the steps and completed them much more quickly on subsequent tests, and never resorted to random behaviors.

Emerald Anoles surprised Duke University researchers by learning how to lift jar lids to get at grubs.  The lizards had to develop novel techniques to do this, and they also remembered successful strategies and discarded them when the tests were changed.  What’s more, the anoles needed less time and fewer trials than did birds; please the article linked below for details. 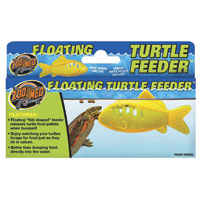 The learning abilities of amphibians, invertebrates and fishes also deserve closer study.  While working in Costa Rica, I observed Marine Toads that had learned to gather under a light and wait for stunned insects…most nights, they began congregating before the light went on.  I’ve seen wild wild electric eels  demonstrate their intelligence, and one recent study revealed that insects of the same species exhibit surprising variations in the personality and behavior.