Researchers working in a little-studied rainforest have uncovered a minute Poison Frog that seems restricted to a tiny range within a very unique habitat.  Labeled a “micro-endemic”, the newly-described frog may be threatened by plans to encourage ecotourism in the area.  Its species name, “assimibilis”, means “that may disappear”.  The region in which it lives, northern South America’s Guyana Shield, is home to 148 amphibian and 176 reptile species…and herpetologists believe that many more await discovery

The term “lost world” was first applied to the Guyana Shield (please see photo) in Sir Arthur Conan Doyle’s classic 1912 book of the same name, and biologists find it equally appropriate today.  Home to 25% of the world’s undisturbed tropical rainforests, the area supports a mind-boggling array of unique animals and plants.

Included among herps described so far are 11 caecilians, 4 crocodilians, 4 amphisbaenians (worm lizards, please see photo), 97 snakes and 56 lizards.  Many of the 137 resident frogs are endemic (found nowhere else), as are approximately 15% of the reptiles.  Some are known from only 1-5 specimens, and it is assumed that many have yet to be seen by herpetologists.

Several friends who formerly worked with me at the Bronx Zoo have established research projects in the area.  I’m told that anacondas, jaguars, tapirs, tayras and other large creatures are surprisingly numerous. I can’t begin to imagine the invertebrate diversity…

The Latin name for Guyana’s newest Poison Frog is Allobates amissibilis, and it is limited to a small section of the Iwokrama Forest in central Guyana.   It was uncovered by German researchers who were actually in search of Hoogmoed’s Harlequin Frog, Atelopus hoogmoedi.  The Harlequin Frog is being studied in an effort to predict the effects of proposed ecotourism upon its survival.  The researchers discovered the Cuckoo Frog, another new species in the genus Allobates, in the Iwokrama Forest in 2007.

Poison Frogs of the Genus Allobates

Allobates contains approximately 50 species of frogs that are similar in size (.4 – 1.5 inches) and appearance to those in the genus Epipedobates, with which they were formerly classified (the Phantasmal Poison Frog, well-known to hobbyists, is member of Epipedobates).  Depending upon the classification system used, Allobates is placed in either the family Dendrobatidae or Aromobatidae.

Those species that have been studied deposit their eggs on land.  Males transport the tadpoles to water at varying points in their development.

Most of the new frog’s relatives seem to have very small natural ranges.  Any disturbance, even carefully-planned ecotourism, may put them at risk.  Many are marked with stripes but rather dull in color.  But some, such as the Brilliant-Thighed Poison Frog, A. femoralis (please see photo), rival the better-known Dendrobatids in coloration. 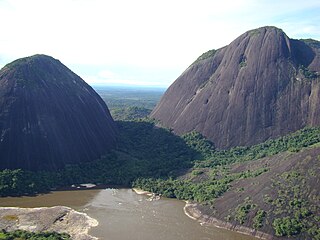 Poison Frogs are wildly-popular in private collections and zoos, and many species are being bred in captivity.  Hopefully, the husbandry techniques we have developed will be of use to those seeking to study and conserve their endangered relatives.  Please see this article and those linked under “Further Reading” for more on Poison Frog care and natural history, and be sure to post your questions and thoughts below.