Please see Part 1 of this article to learn about Assassin Bugs that lure prey by tricking spiders and termites.

West Africa’s White-Spotted Assassin Bug (Platymeris biguttatus) and the Red-Spotted Assassin (P. rhadamanthus) of East Africa are sometimes offered for sale in the USA and are well-established in private and public insect collections.

Warning: All Assassin Bugs can administer a painful bite with their sharp proboscis, or rostrum.  As infection and an allergic reaction to their venom are distinct possibilities, they should only be kept by well-experienced adults.  These and other species can also spray their venom, so protective eyewear is a must.  All Assassin Bugs, including the US natives, should be handled only with forceps.

Assassin Bug eggs and nymphs are very tiny, and usually go un-noticed – be sure to use fine grade insect screening over their terrariums to prevent escapes.

Red and White-Spotted Assassins can be kept in large colonies.  They seem to prefer other insects to one-another as food…cannibalism is not a concern as long as they are well-fed and sprayed frequently with water.  Both are rainforest inhabitants, and do well in humid terrariums (humidity 60-80%) at 76-86 F.  Cork bark and branches should be provided for them to cling to.

Both species breed via both parthenogenesis and sexual reproduction.  The tiny eggs are deposited on moist substrates and hatch within 30-60 days.  The young can be reared with adults, but are easier to care for if removed (please see “Warning”, above).

Assassins should be provided a varied diet – roaches, caterpillars, moths, grasshoppers, waxworms and many other insects are readily accepted; colonies fed solely upon crickets tend to die out after a few months.  Prey is grasped with the front legs and paralyzed by venom injected through the long, pointed proboscis or rostrum.  The body fluids and perhaps digested tissue of their victims are then consumed in liquid form; the empty exoskeletons are discarded.

US Native Assassins and Ambush Bugs

The USA is home to an incredible variety of Assassin Bugs and the closely related Ambush Bugs (please see article below).  The largest of these, the Wheel Bug, (Arilus cristatus), measures 1.5 inches in length and may be found throughout much of the eastern portion of the country (please see photo in Part 1).

Bee Assassins hide among flowers and will take on large bees and wasps or butterflies with equal relish.

Ambush bugs are very stout and often brightly-colored, with thick, grasping front legs that lend them the appearance of small, squat Praying Mantids (please see photo).  They are rarely kept but very interesting and worthy of your time and efforts – we have so much to learn about them (please see article below).

Also known as Kissing Bugs, certain South American Assassins transmit the protozoan that causes Chagas Disease, a serious illness that affects millions of people.  The same protozoan has been found in blood-feeding Assassin Bugs native to the USA and elsewhere, although the disease itself is not present.  More research is needed – anything you might learn about harmless species could possibly be applicable to disease-causing types – please write in with your observations.

Great info and photos of native Assassin and Ambush Bugs from the University of Kentucky. 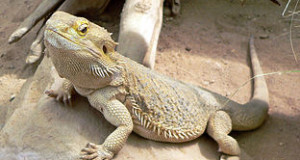