I was especially troubled to read about the population crashes being experienced by quite a few species that were so common that we might have been tempted to “take them for granted”.  But as with so many other animals around the world, large populations are proving no match for rapidly changing environmental conditions.  All of the common species on Audubon’s watch list have declined by at least 50%, while the 10 mentioned below have lost 70-82 % of their populations.  Bobwhite Quails (one of my all-time favorites to observe and care for), for example, have decreased from approximately 31 million to 5.5 million individuals!

Habitat loss is a major problem for all, but factors such as pesticide use (Evening Grosbeak) and climate change (Boreal Chickadee) also come into play.  The Common Tern is, sadly, being hit on several fronts simultaneously – garbage dumps and development have caused various gulls (which compete with terns for nesting sites) to explode in numbers, pollution has decreased their food supply, and the terns themselves are hunted on their Latin American wintering grounds.

Forty years’ worth of Christmas Bird Count statistics (please see below for information on participating) concerning 305 wide-ranging bird species has revealed a frightening trend.  Sixty percent of these birds, and 70% of all common feeder visitors, have shifted their ranges northward by an average of 35 miles.  This type of change, on such a huge scale in a brief time period, has major implications that reach far beyond the species studied.

Because so much undeveloped land in the USA is publicly owned (1/3 of all land, all oceans) and, therefore, easier to manage for conservation purposes (in theory!), the Audubon report examines bird populations in a variety of habitats on state and federal lands.  Public lands have been shown to be critical to the survival of many birds and habitats, but there is room for much improvement.

Forests: the largest blocks of undisturbed forest are on federal lands, and they are key to the survival of several endangered species. For example, 97% of the Kirtland’s Warbler’s range lies within publicly-owned forests.

Oceans and Coastlines: all 260 native species of oceanic and shoreline-associated birds reside, breed and/or forage on public lands. Over 50% of the populations of 16 sea birds nest on publicly-owned islands.

Deserts and Arid Habitats: one half of the USA’s deserts and arid habitats are found on public lands. Although 75% of the ranges of the critically endangered Sage Sparrow and Gunnison’s Sage Grouse lie within these protected spaces, both species continue to decline in numbers.

Islands: Hawaii’s bird life has been decimated by introduced predators and habitat loss, more so perhaps than any other region in the USA. Four of its endangered birds live entirely on federal land, while 78% of Kawai’s declining birds depend heavily upon state land. 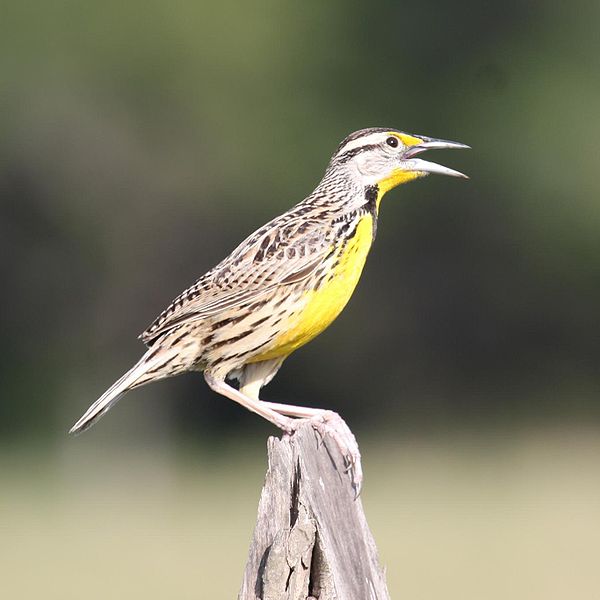 Arctic and Alpine Habitats: 90% of Alaska’s boreal arctic species depend upon public land; 34 of these are of high conservation concern.

Grasslands: Meadowlarks, Grasshopper Sparrows, Bobwhite Quail and other grassland and prairie birds are declining faster than all other groups.  Unfortunately, only 13% of the nation’s grasslands are publicly owned, and these are largely managed for cattle and energy production rather than conservation.

Wetlands: marshes and other wetlands, and the birds that utilize them, have fared better than most.  All 40 species of native waterfowl rely heavily upon wetlands within the National Wildlife Refuge system.

Earlier State of the Bird Reports

Previous: Good News for African Gray Parrots – A Conservation Milestone
Next: Crows as Pets: The African Pied Crow, a Most Intelligent Bird