With the growing popularity and availability of fish like GloFish and GloTetras and decorations like our own Pure Aquatic Glow Elements line, “glow-in-the-dark” and fluorescent aquariums are becoming more and more common. Most of these animals and decorations are brightly colored in any light but under special lighting, the colors will really glow. There are two main kinds of light that are used in these aquariums: “blacklights” and actinic lights. Knowing the difference between these two can play an important role in making your tank really stand out, as well as in keeping it healthy. For this blog, we will be focusing in general terms only for community aquariums. Aquarium with invertebrates and corals will have different needs since their light requirements are much more specific and extensive.

The colors we see around us come from the light’s wavelength, measured in Terahertz (THz) or nanometers (nm). Most people can see light ranging from about 700nm (reds) to about 400nm (purples). Blacklights and actinic lights both produce light from the bottom of the visible light spectrum (the BIV in ROY G BIV). Most actinic lighting for aquariums has a wavelength of about 420-460nm. The higher end of this range (460nm) produces a more blue color light, while the color shifts to purple approaching the lower end (420nm). This type of lighting is still well within what we are capable of seeing. “Blacklights” emit a light below what we as humans are able to see known as ultraviolet or UV light. Yes, this is the same UV light that we wear sunscreen to protect ourselves against! UV lighting is separated into three major ranges. Blacklight bulbs are UV-A bulbs (315-400nm), the spectrum which causes our skin to tan. For comparison, the UV Sterilizers popular in aquariums for eliminating algae, diseases and parasites are UV-C bulbs (200-280 nm), a destructive spectrum that is mostly filtered out by Earth’s atmosphere and the UV-B range in between is the more damaging rays from the sun that causes sunburn and other harmful conditions. END_OF_DOCUMENT_TOKEN_TO_BE_REPLACED

“My Fish is Floating” – Swim Bladder Disease in Goldfish and Others

Most goldfish owners have encountered fish that suddenly become unable to submerge.  Try as they might, they float, often belly-up, at the surface, and seem to be in great distress.  Less often, the hapless victims may be unable to rise to the surface, or may swim in an “off balanced” or head-down position.  Fantails, Orandas and other strains with rounded bodies are the most common victims, but Comets and others are not immune.  The problem is also frequently seen in Bettas, or Fighting Fishes, but may afflict any species.  Swim Bladder Disease almost always involved.  This condition is actually a general term applied to a wide variety of ailments, rather than a specific disease per se.  Today we’ll look at its causes, prevention and treatment.

The swim bladder is a sac-like organ located in the abdomen of most bony fishes, but is absent in the cartilaginous fishes (sharks, rays and their relatives).  The lining of the swim bladder, and the many blood vessels that transverse it, allow gasses to be passed into and out of the organ.  Goldfishes and certain others are also able to exchange gasses through a duct or opening in the bladder that leads to the esophagus.  In this manner, fishes control their buoyancy, or ability to float and move up and down in the water column. END_OF_DOCUMENT_TOKEN_TO_BE_REPLACED

Fortunately for us fish geeks, a New Era (pun intended) of fish food has dawned upon us. UK based company, New Era, has produced a game changing array of innovative foods. They uniquely manufacture their foods with a slow, low-temperature, and low-pressure process that maintains the nutritional content of the formula, unlike foods that are quickly baked at high temps have many of their natural vitamins and minerals cooked away. New Era’s processing method also leaves a soft, highly chompable pellet that your fish will be able to eat in the first bite. These pellets are soft enough that you can and roll them into a ball in your finger tips or break pieces off for smaller fish.  But don’t let this texture fool you; they won’t melt and or dissolve away instantly in your fish tank. Between the quality of the ingredients, and unique palatability of the food, your fish get more nutrition with less waste, ultimately leading to a cleaner aquarium. END_OF_DOCUMENT_TOKEN_TO_BE_REPLACED

Vacation Fish Care – Ensuring Your Aquarium’s Health While You Travel 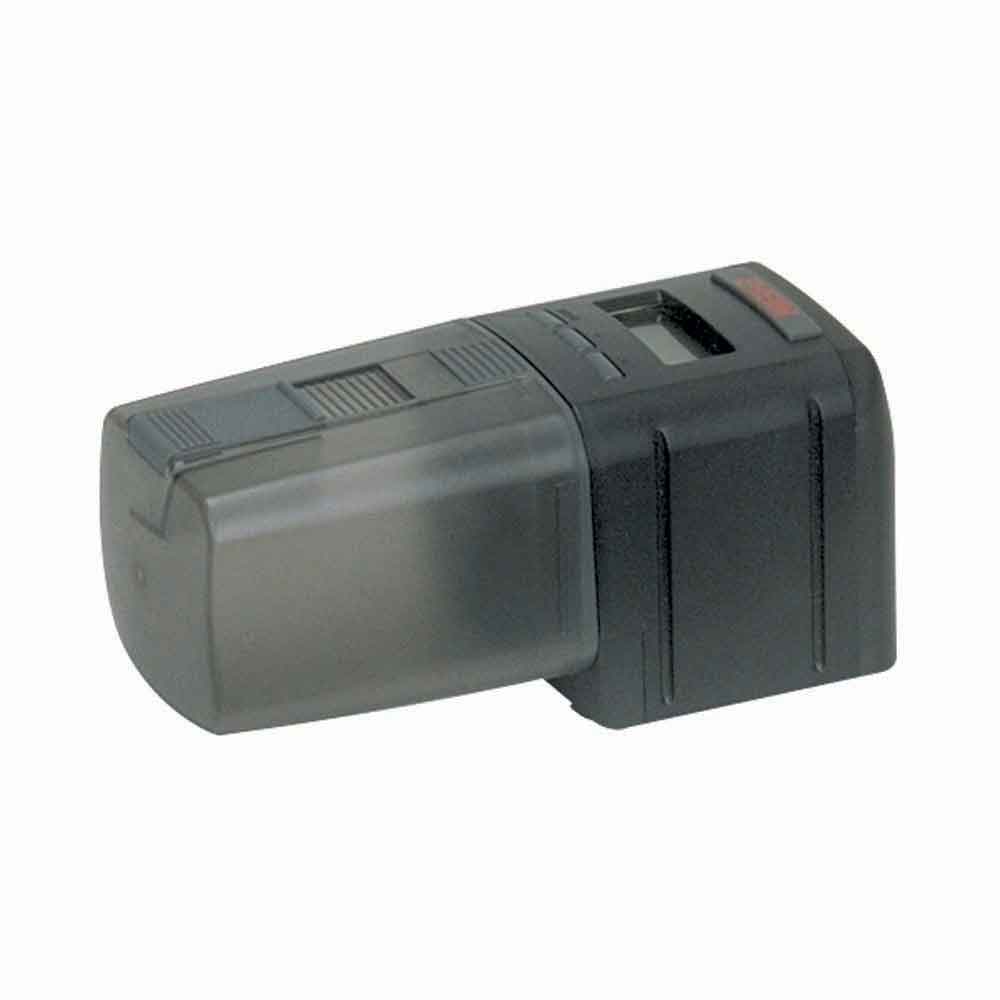 When you and your family go out of town on vacation or for the holidays, one important consideration is who takes care of the pets? You can board your dog or cat, or have a friend take care of them while you’re away with a set of pretty basic instructions for feeding and walks. Vacation fish care may take a little more preparation and training to ensure that your tank is cared for properly and any dire issues are addressed.  Generally, depending on the duration of your time away, you’ll want to have a trusted and competent friend come to your home to monitor and feed the tank.  Here are some things to consider in preparing that friend to successfully care for your tanks.

Feeding is probably the first thing people think about when you think about leaving your fish for a few days. If you’re going away on a short weekend trip, chances are your tank will be fine without feedings, unless you’re keeping fry or some other “special needs” class of fish. If you’re going to be gone longer that 2 or 3 days, you’ll want to either invest in an automatic feeder or vacation food blocks, or leave detailed instructions with your tank-sitter on what, when, and how much to feed. Generally a few pinches of community food will be enough, but it may be much more complicated with a large reef aquarium or one stocked with various specialized feeders. If you have a complicated feeding regime, or if you’ll be taking an extended vacation, it’s probably a good idea to print a detailed list of instructions on feeding as a reference, and to go through the process at least once with your sitter in person to prevent overfeeding and other mishaps. END_OF_DOCUMENT_TOKEN_TO_BE_REPLACED

Overfeeding Your Aquarium – A Common Mistake and Its Consequences

Overfeeding your aquarium is one of the most common mistakes made by aquarium hobbyists, and it isn’t one only made by beginners. It’s easy to go overboard when our fish “always seem hungry” and even appearing excited when they see you coming towards the tank with food in hand.  Healthy fish pretty much always look hungry. It also doesn’t help that we’re directed by packaging instructions to feed amounts that may be inappropriate for the type and number of fish we are keeping. We want the best for our fish and we want to be successful in keeping them, but it’s easy to cross the line from feeding enough to feeding way too much.

Leaving uneaten food in the aquarium is never a good idea. Watching food fall to the bottom of the tank, with the thought that your fish to eat later, can lead to big problems. Many fish are kind of programmed to eat food at certain places in the tank. Surface feeders, column feeders and bottom feeders tend to feed within their comfort zones, so you won’t typically see surface feeders travelling to the gravel for a snack, and fish that feed in the water column usually ignore food bits after they settle. No matter what kind of fish food you distribute, pellets, flakes, frozen foods or even live feeders, anything not eaten is left to decay. This unprocessed food, in addition to the waste produced by the food that is actually digested, can quickly create issues with your tank’s water chemistry and/or cause a bloom in the population of naturally occuring scavengers.

Uneaten foods quickly start to decay, adding to ammonia and nitrate levels of the aquarium, and it can very easily result in more bacteria than the nitrogen cycle can handle causing cloudy water. Overfeeding is not only dangerous to the health of your fish, but it causes unnecessary demands on your filtration, often resulting in poor water quality. Fortunately, the problems that arise from overfeeding are quickly and easily reversed or eliminated once you get your feeding habits under control.

Aquarists are also often shocked or full of disbelief when we tell them that the hordes of unsightly little “bugs” or worms creeping up the glass and through the rock and substrate are a probably a result of over-feeding their aquarium. What you see are probably either scavenger nematodes or planaria. Chances are there were a few of these critters in your tank from the start. They can be introduced via fish, plants, wood or other things you add to the aquarium as their microscopic eggs can travel on any of these things. They are generally harmess, but when you overfeed the opportunity arises for their populations to boom with the abundance of decaying matter in the substrate. Reducing the frequency and amount of food will help to bring the population back down to size, but you may also choose to treat the tank with anti-parasitic medications to speed the process along. END_OF_DOCUMENT_TOKEN_TO_BE_REPLACED