NOAA lists 20 species of corals under the Endangered Species Act

Posted by: Dave Acland in Aquariums and Fish in the News, Conservation September 10, 2014 1 Comment 4560 Views

NOAA lists 20 species of corals under the Endangered Species Act 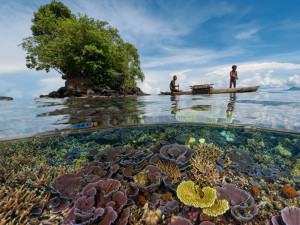 If you have a marine aquarium, it is time that you paid attention to some of the legal battles that have been going on around you, and get involved to try and preserve the future of your hobby.  In recent years, environmental groups have made a concerted effort to push for regulations that could have profound effects on the aquarium hobby, through lobbying efforts directed at invasive species legislation, bans on collection for certain species, and as in this case, a petition to list species under the Endangered Species Act.  While these actions may be well intended, and not necessarily directed at the the aquarium hobby, they have the potential to affect the aquarium hobby in a profound way.  This most resent legislation to include species of coral under the Endangered Species Act, some of which are common to the aquarium trade, is a serious threat to the future of the hobby.

In a Final Ruling on August 27, 2014, NOAA (National Oceanic and Atmospheric Administration) listed 20 new coral species and Threatened under the Endangered Species Act (ESA).  These new listings brings the total number of coral species listed as Threatened to 22, including the Caribbean Elkhorn (Acropora palmata) and Staghorn (Acropora cervicornis) Corals.  Here is the official Fact Sheet released by NOAA, including a complete listing of the 22 corals listed.

How did we get here? 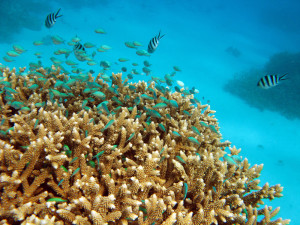 It was a long and winding road to get to the final ruling.  In October 2009 The Center for Biological Diversity petitioned NOAA to list 83 species as endangered under the ESA.  After an initial 90 day finding period, the agency announced in February 2010, that 82 of the proposed species warranted investigation, and launched an official status review process.  NOAA then embarked on an in-depth science-based study, gathering and examining any and all relevant scientific, commercial and public data that was currently available. This was one of the broadest and most complex listing reviews ever undertaken by NOAA.

In December 2012, after and in depth study by a biological review team, NOAA published a proposed rule to list 66 of the coral species studied for listing under the Endangered Species Act.  The Proposed Rule looked to list 57 species as endangered status, and 9 species to be listed as threatened, this rule included a proposed change of status from threatened to endangered for Caribbean Elkhorn and Staghorn corals.

August 2014, with significant changes from original proposed rule, NOAA announces that it has listed 20 new corals as Threatened under the Endangered Species Act, as well as a ruling that the Caribbean Elkhorn and Staghorn Corals would remain as Threatened Status.  The Changes were the result of new scientific papers on climate change and coral habitat, distribution and abundance which were recently published.  An unprecedented level of public comments was also included in the final ruling.

This is a brief summary of the ruling, the complete 1,100 page document can be found HERE

This issue struck a nerve.

Given the precedent setting nature, and the sheer magnitude of the petitions scale, input was sought from many sources.  Non-Governmental, Public, Academic and others experts were included in the study.  This was one of the largest and most in-depth listing revues ever done.

During the public engagement and comment periods NOAA received more 75,000 emails, letters and comments, all in an effort to make sure that the decision was based upon the best available information.

What Does This Mean For The Aquarium Hobby?

In the short term, there will not be any real impact felt.  With the corals being listed as threatened vs endangered, there are no immediate or automatic restrictions on taking wild coral for the aquarium hobby.

The Future is quite cloudy however. Once listed, and under government control, the level of protection or additional restrictions for a listed species is subject to review.  Any species listed as threatened is only one step removed from endangered status. Endangered status would mean an immediate bad on collection, importation, interstate travel and limit captive breeding to a permit only activity.  It would effectively remove the species from the hobby. Included in the press release for the final ruling were these two points.

“In the future, we may also identify specific regulations for the conservation of these threatened species, because ESA prohibitions against “take” are not automatically applied as they are for species listed as endangered.”

”We will continue to work with communities to help them understand how the agency’s decision may or may not affect them. The tools available under the Endangered Species Act are sufficiently flexible so that they can be used in partnership with coastal jurisdictions, in a manner that will allow activity to move forward in a way that does not jeopardize listed coral.”

The Caribbean Elkhorn (Acropora palmata) and Staghorn (Acropora cervicornis) corals are a perfect example, while they are only listed as threatened under the ESA, there has been a complete ban on collection for public use.  Both listed as threatened under the ESA in 2006, the National Marine Fisheries added a ruling in 2008 which gave these species almost full protection of the ESA, and a complete ban.  Legislation was also passed to create protected habitats which further limits activities that could impact these coral, including fishing and fish collecting.

What Can You Do?

The forces at play here are much bigger than the aquarium hobby, while illegal, unsustainable and damaging collection practices play a role in the decrease of coral reefs worldwide, it is only a small part.  In the final ruling for the 20 new species listed under the ESA,  NOAA cited impacts related to climate change (rising ocean temperatures, ocean acidification, and disease), ecological effects of fishing, and poor land-use practices (runoff and pollution) as the most serious threats to coral reefs.

As you can see in what information was used in making this final ruling, public involvement counts, public input helps make sure that these are informed decisions.  Support advocates of the aquarium industry that promote and support responsible and sustainable collection practices.  Support aquacultured and maricultured species of aquarium fish and corals, these are critical to conservation efforts. Get involved in the process, or the marine aquarium hobby is going to disappear as we know it.

Visit the National Marine Fisheries website often to know what is in the news, This is the branch of NOAA responsible for the stewardship of our oceans, make sure that your voice is heard during public comment periods of investigations.  You can see all of the species under investigation for ESA consideration:

Of particular interest to marine aquarium hobbyists, should be the status review of the Percula Clownfish and other Pomacentrid fishes. ESA Status change to these fishes could have profound effects on the aquarium hobby.  Educate yourself about the issues, and get involved in the process.  Public comments are open now, put in your two cents!

The loudest lobbying voice for the aquarium hobby is PIJAC (Pet Industry Joint Advisory Council), visit their website www.pijac.org for news and information about issues affecting the hobby, as well as information about making donations to the Marine Ornamental Defense Fund.

2014-09-10
Dave Acland
Previous: Aquarium Clean-Up Crew: How Many Snails Do You Need?
Next: Aquatic Science Fair Projects for Aquarium Lovers